To share your memory on the wall of James Leonard, sign in using one of the following options:

To send flowers to the family or plant a tree in memory of James Joseph Leonard MD, please visit our Heartfelt Sympathies Store.

Receive notifications about information and event scheduling for James

You will receive any future notification messages.
Print

We encourage you to share your most beloved memories of James here, so that the family and other loved ones can always see it. You can upload cherished photographs, or share your favorite stories, and can even comment on those shared by others.

Posted Jul 19, 2019 at 12:00am
Prayers and condolences to the entire family. Dr. Leonard was great man who left a great legacy.
Comment Share
Share via:
HS

Posted Jul 18, 2019 at 12:00am
Our heartfelt prayers and sympathy are extended to Mrs. Joyce and the Leonard Family. May Dr. Leonard Rest in Eternal Peace.
Comment Share
Share via:
HS

Posted Jul 18, 2019 at 12:00am
Claudia, Toby, Bryan, and Ms. Joyce, may you all find comfort in wonderful memories that you share. My thoughts and prayers are with your family. May he Rest In Peace.
Comment Share
Share via: 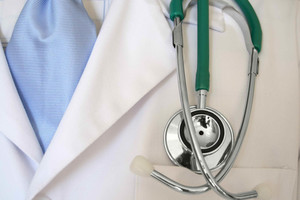