To share your memory on the wall of Randolph \"Duke\" Himel, Sr., sign in using one of the following options:

Provide comfort for the family by sending flowers or planting a tree in memory of Randolph "Duke" Himel, Sr.

Provide comfort for the family by sending flowers or planting a tree in memory of Randolph "Duke" Himel, Sr.

A visitation will be held on Saturday, October, 17, 2020 from 8:00 AM until 10:00 AM at Ordoyne Funeral Home. A Mass of Christian Burial will begin at 10:30 AM at Our Lady of Prompt Succor Catholic Church in Chackbay with burial following in the church cemetery.

He is preceded in death by his parents, Shelby Himel, Sr. and Sylvia Martinez Himel; father and mother in law, Jerry and Betty Lirette Benoit; sisters in law, Sandy Rhodes Himel and Beverly Guidry Himel; brother in law, Mark Benoit.

Duke was an avid drag racer until he retired to become a street rodder. He enjoyed camping and lived his life to the fullest. His greatest love was his family, especially his grandson, Kooper, who was the apple of his eye. He will be dearly missed by all who knew and loved him.

The family would like to thank the nurses and staff of Thibodaux Regional's CCU, especially, Ben and Sidney as well as the Family Doctor Clinic and Dr. Alan Fortier for their care.

To send flowers to the family or plant a tree in memory of Randolph "Duke" David Himel, Sr., please visit our Heartfelt Sympathies Store.

Receive notifications about information and event scheduling for Randolph "Duke"

We encourage you to share your most beloved memories of Randolph "Duke" here, so that the family and other loved ones can always see it. You can upload cherished photographs, or share your favorite stories, and can even comment on those shared by others.

3 trees were planted in the memory of Randolph "Duke" Himel, Sr.

Posted Oct 15, 2020 at 08:42am
Oh Randy! How you will be missed by so many! Working with you for so many years was the best! You made each day fun! I will never forget you! Never! Rest in Peace my friend. Rest in Peace!
Comment Share
Share via:
BL

Posted Oct 15, 2020 at 02:21am
Our warmest condolences, Two kisses for your family. Friends always

Posted Oct 14, 2020 at 05:22pm
Have so many special memories with you and Linda. You will be missed but never forgotten. RIP brother-in-law.
Comment Share
Share via:
J

RIP old buddy remember the days working at OXY with you , 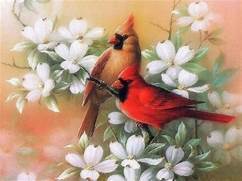 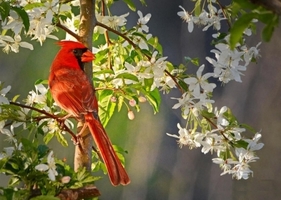