To share your memory on the wall of Pierre Lapeyre, sign in using one of the following options:

Provide comfort for the family by sending flowers

We encourage you to share your most beloved memories of Pierre here, so that the family and other loved ones can always see it. You can upload cherished photographs, or share your favorite stories, and can even comment on those shared by others.

Posted Apr 16, 2019 at 12:00am
I had the privilege of attending Pierre,s funeral and was so moved by the love of his children expressed in church that morning. Donna is my new and dear recent friend and when we met, we immediately connected. My love and prayers go out to all of your family. Mary Winslow
Comment Share
Share via:
HS

Posted Apr 06, 2019 at 12:00am
May God bless you and your family during this time of sorrow In sympathy, Joni and Gary
Comment Share
Share via:
HS

Posted Apr 05, 2019 at 12:00am
We join you in giving thanks to our loving Father for the gift that Pierre was to so many. We feel richly blessed to have known Pierre and Donna for many years and to have been joined in prayer through these years. May you all continue to be touched by his spiritual presence in your lives. We will indeed enjoy a glass of wine in his honor. His obituary is as awesome as he was! May God bless each of you.
Comment Share
Share via: 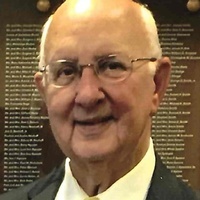 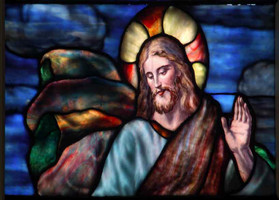