To share your memory on the wall of Norris Ordoyne, sign in using one of the following options:

There are no events scheduled. You can still show your support by sending flowers directly to the family, or planting a memorial tree in memory of Norris Paul Ordoyne.
Plant a Tree

We encourage you to share your most beloved memories of Norris here, so that the family and other loved ones can always see it. You can upload cherished photographs, or share your favorite stories, and can even comment on those shared by others.

Posted May 06, 2019 at 12:00am
So sorry to hear of Nylon's passing. Had many great times with Nylon and Nancy at various beagle events in Louisiana, Vermont, Arkansas and others places I am sure. Nylon was a great friend and I will miss him. Thoughts and Prayers to Nancy and the entire family.
Comment Share
Share via:
HS

Posted Mar 12, 2019 at 12:00am
So Sorry for your loss; I have fond memories of growing up with Shelby, Norris, and Kirby in Chackbay...
Comment Share
Share via:
HS

Posted Mar 08, 2019 at 12:00am
So sorry for the loss of Mr. Nylon. He was a very nice man. My daughters remember the vacation, about 23 years ago, when we drove from Louisiana to Vermont on a dog-running vacation. Rest In Peace from Fran, Melissa, and Anna Pietri
Comment Share
Share via:
HS

Posted Mar 07, 2019 at 12:00am
My deepest sympathy to the family! Keep his spirit alive and share the memories of his life forever! He will surely be missed but always remembered! Live on Mr. Norris in that beautiful place called heaven!
Comment Share
Share via: 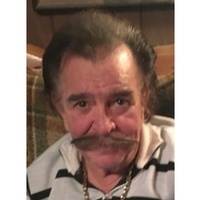