To share your memory on the wall of Marie Kearns, sign in using one of the following options:

To send flowers to the family or plant a tree in memory of Marie Elise Beary Kearns, please visit our Heartfelt Sympathies Store.

Receive notifications about information and event scheduling for Marie

There are no events scheduled. You can still show your support by sending flowers directly to the family, or planting a memorial tree in memory of Marie Elise Beary Kearns.
Visit the Heartfelt Sympathies Store

We encourage you to share your most beloved memories of Marie here, so that the family and other loved ones can always see it. You can upload cherished photographs, or share your favorite stories, and can even comment on those shared by others.

Posted Oct 25, 2019 at 12:00am
Her welcoming smile, kind words and generous heart are part of my earliest days growing up in Thibodaux, and were ever present years later when I had the pleasure of visiting with her.
Comment Share
Share via:
HS

Posted Oct 24, 2019 at 12:00am
Marie was such a Joy and always grateful We Loved her weekly visits to Hair Tech. She is certainly Missed.
Comment Share
Share via:
HS

Posted Oct 24, 2019 at 12:00am
MarieElise was such a lovely and caring lady. During my 2 years teaching at Nicholls I spent a lot of time with my cousin Marie and Buck. She was always so glad to see me and open her home and heart. It was such a pleasure to visit with Maria after I moved to Florida.My brother Bill Vaudry and wife, June would drive from New Orleans and Pass a Good Time with Marie. She will be greatly missed but resting comfortably in the arms of Our Lord.
Comment Share
Share via: 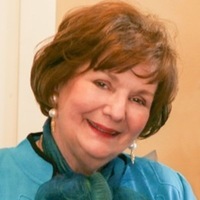