To share your memory on the wall of Julien Ledet, sign in using one of the following options:

To send flowers to the family or plant a tree in memory of Julien Paul "J.P." Ledet, please visit our Heartfelt Sympathies Store.

Receive notifications about information and event scheduling for Julien

There are no events scheduled. You can still show your support by sending flowers directly to the family, or planting a memorial tree in memory of Julien Paul "J.P." Ledet.
Visit the Heartfelt Sympathies Store

We encourage you to share your most beloved memories of Julien here, so that the family and other loved ones can always see it. You can upload cherished photographs, or share your favorite stories, and can even comment on those shared by others.

Posted Mar 24, 2019 at 12:00am
I LOVED THE WAY HIS EYES ALWAYS LIT UP LIKE HE WAS UP TO SOMETHING- OR WHEN HE ORDERED "CORNFLAKES AND MILK" AND I WOULD TELL HIM NO BECAUSE HE HAD TO HAVE 1 MEAL A DAY WITH PROTEIN, HE WOULD GET MAD AT ME, THEN GIVE ME A GRIN TO LET ME KNOW IT WAS OK. HE HOLDS A SPECIAL PLACE IN MY HEART AND OUR DINING DEPARTMENT MISSES HIM DEARLY.
Comment Share
Share via:
HS

Posted Mar 19, 2019 at 12:00am
J.P. Ledet family!! May God bless you and your family in this time of sorrow. From late Aunt Aline daughter
Comment Share
Share via:
HS 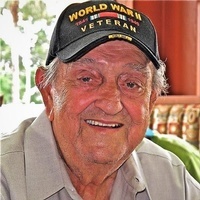