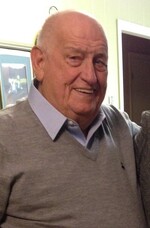 A visitation will be held on Thursday, February 13, 2020 from 8:00 AM until service time at Our Lady of Peace Catholic Church in Vacherie. A Mass of Christian Burial will begin at 10:00 AM at the church with military honors and burial following in the church cemetery.

He was a veteran of the United States Navy.