To share your memory on the wall of George Cade, sign in using one of the following options:

Print
George Harrell Cade, 93, a native of Baton Rouge and resident of Houma, passed away surrounded by his loving family on Saturday, January 18th, 2020.

A visitation will be held on Wednesday, January 22, 2020 from 9:00 AM until service time... Read More
George Harrell Cade, 93, a native of Baton Rouge and resident of Houma, passed away surrounded by his loving family on Saturday, January 18th, 2020.

A visitation will be held on Wednesday, January 22, 2020 from 9:00 AM until service time at Saint Anthony of Padua Catholic Church. A Mass of Christian Burial will begin at 11:00 AM at the church with burial following at Saint Francis de Sales Cemetery No. 2.

He is preceded in death by her parents, George D. Cade and Essie O. Cade.

Harrell served in the United States Navy as a Seaman First Class in World War II and fought in the Battle Iwo Jima.
He entered the United States Navy at the age of 17 and was assigned to the Destroyer, USS Newberry. He was in combat with the US Marines as they came ashore on the beach of Iwo Jima, Japan. While under fire from Japanese troops, he helped evacuate wounded from the beach to the Higgins Craft and back to the US ships. He fought bravely with the Navy and Marines. He had the privilege of standing at the base of Mount Suribachi when the American flag was raised signifying victory over the island of Iwo Jima.

He loved sports, especially football and baseball. He played and coached semi-pro baseball in Baton Rouge in his younger years. He also officiated High School football, baseball and basketball. He had the privilege of officiating LSU baseball and football games.

In his later years he won the Silver Medal for Pole Vaulting in the Senior Olympics.

He loved spending time with his family and never missed any sporting event or dance recitals that his children and grandchildren participated in. He never met a stranger and will be dearly missed by all who knew and loved him.

The family would like to thank Haydel Memorial Hospice and their "Angels of Mercy", Angie, GiGi and Nathaniel, as well as Dr. Brian Matherne, Fr. Mark Toups, Fr. Carlos Talavera and Deacon Bill Dunckelman.

In lieu of flowers memorial donations may be made to the Louis Children's Crisis Center, Sisters of St. Joseph or Saint Anthony of Padua Catholic Church.

To send flowers to the family or plant a tree in memory of George Harrell Cade, please visit our Heartfelt Sympathies Store.

Receive notifications about information and event scheduling for George

There are no events scheduled. You can still show your support by sending flowers directly to the family, or planting a memorial tree in memory of George Harrell Cade.
Visit the Heartfelt Sympathies Store

We encourage you to share your most beloved memories of George here, so that the family and other loved ones can always see it. You can upload cherished photographs, or share your favorite stories, and can even comment on those shared by others.

Posted Jan 20, 2020 at 03:20pm
Haydel Memorial Hospice staff and volunteers wish to express our condolences. We were honored that you allowed us to be a part of his journey. May God bless you with comfort and peace.
Comment Share
Share via: 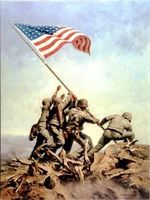