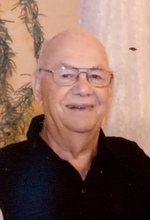 Due to current restrictions resulting from the coronavirus pandemic, a funeral mass will be announced at a later date.

He was a self-employed plumber in Thibodaux for many years where he was respected and loved by all of his customers.

He enjoyed camping with his wife Irene and spent time fishing in Lake Verret and taking leisure rides on the lake on his party boat. He enjoyed spending time with his family and friends and looked forward to taking road trips to see James and Frankie play football and Rachel cheer. He was a huge LSU fan and looked forward to wearing his special LSU shirt and hat to cheer on his tigers.

He was a loving husband, father, grandfather (aka Honey), and friend too many. He loved to have a great time and always put a smile on everyone he met.
He will be deeply missed by everyone who knew and loved him.

The family would like to thank the doctors and nurses at Ochsner Hospital who took such great care of him and showered him with love and compassion.

We invite you to share written or video condolences on Mr. Frankie's memorial page online at www.ordoynefunerals.com.