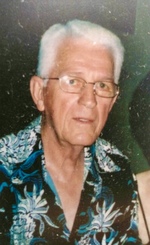 He is preceded in death by his parents, Deoma and Bernice Babin Talbot, grandson, Justin Talbot; brother, Michael Talbot (Eleanor).

Francis was a veteran of the United States Army. He was a supervisor at the Coca-Cola Bottling Company for 29 years.