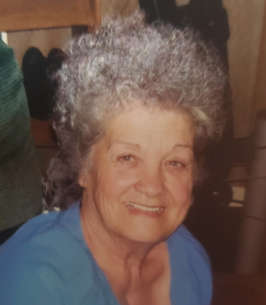 A visitation will be held on Tuesday, October 4, 2022 from 10:00 AM until service time at House of Prayer Church. A Funeral Service will begin at 1:00 PM at the church with burial following at the House of Prayer Cemetery.

She was a wonderful cook and enjoyed feeding all her family and friends. She enjoyed gardening, crossword puzzles and spending time outdoors.