To share your memory on the wall of Anita Bilello, sign in using one of the following options:

A visitation will be held on Wednesday, January 29... Read More
Anita Cook Bilello, 97, died Wednesday, January 22nd, 2020 at 7:25 AM. Born, April 28th, 1922 she was a native of her beloved Kirksville, Missouri and a resident of Thibodaux, Louisiana.

A visitation will be held on Wednesday, January 29, 2020 from 10:00 AM until service time at First United Methodist Church of Thibodaux. A Funeral Service will begin at 11:00 AM at the church. Private Burial to be held.

Anita was a loving wife to her husband Joseph for 64 years, whom she met in Hollywood, California while they both worked for Lockheed Aircraft during World War II.

She worked as a secretary for several businesses in Thibodaux and was a business owner herself. She was a phenomenal seamstress making many costumes for both Mardi Gras and dance recitals. In addition to her numerous endeavors, she was an exceptional mother, wife and homemaker.

She was devoted to her church and cherished participating in church activities.

The family sincerely thanks the staff of Lafourche Home for the Aged for their compassionate care and support.

In lieu of flowers memorial donations may be made to First United Methodist Church of Thibodaux.

To send flowers to the family or plant a tree in memory of Anita Cook Bilello, please visit our Heartfelt Sympathies Store.

Receive notifications about information and event scheduling for Anita

There are no events scheduled. You can still show your support by sending flowers directly to the family, or planting a memorial tree in memory of Anita Cook Bilello.
Visit the Heartfelt Sympathies Store

We encourage you to share your most beloved memories of Anita here, so that the family and other loved ones can always see it. You can upload cherished photographs, or share your favorite stories, and can even comment on those shared by others.

Posted Jun 08, 2020 at 02:58am
I just learned of Anita‘s passing and It made me think back to my teenage years when she was such a positive influence in my life. I doubt she ever knew how important she was to me and I owe so much to her. I deeply regret that I never took the time to thank her. She was a truly special lady who helped teach me how to be a man. To Gia and the rest of the Bilello family I am so sorry for your loss.
Comment Share
Share via:
JB

Posted Jan 29, 2020 at 10:02am
Thanks for all you sacrificed for your family. Your love for your family and church always came first. Love and miss you
Comment Share
Share via:
L

Posted Jan 27, 2020 at 11:04am
I loved it when she would come in the dining room, and roll around in her chair, like she was dancing to the music. She was a sweet lady. I will miss her.
Comment Share
Share via:
DK

Posted Jan 26, 2020 at 02:28pm
A Special lady she was! Loved talking to her because her stories were so interesting and heartfelt! I was Blessed to have Ms. Anita in my life! A beautiful lady inside and out who cherished her family and her church! She left an impact on everyone she met, including myself! Prayers for Ms. Anita and all of her family, whom she loved so much!
Comment Share
Share via: 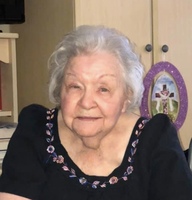 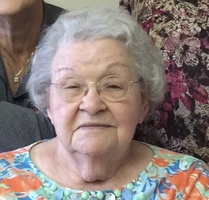