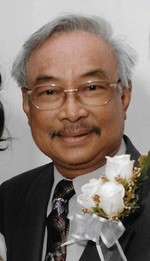 He is preceded in death by his parents, Yen Dinh Vu and Quet Thi Vu.

He was a caring husband and loving father, grandfather and brother. He was a graduate of the Air Force Academy in the Republic of South Vietnam, Truong Bo Binh SVSQ Thu Duc, and was proud of his military service.