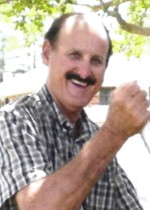 A celebration of his life will be held on Wednesday, February 19th, 2020 with a visitation beginning at 9:00 am until the service time at Saint Genevieve Catholic Church. A Mass of Christian Burial will begin at 11:00 am at the church with burial following at Saint Joseph Cemetery.

He was a loving father to his sons, Wade Calcote, David Baker; daughters, Renee Blanchard, Alyda O. Mire; an amazing grandfather to his grandchildren, Mathew and Chris Calcote, Jarrod and Luke Baker, Jada Blanchard, Gavin and Jax Mire; and a supportive brother to his brother, Galeion Oncale, Jr. and sister, Rachael O. Hebert; He is also survived by numerous nieces, nephews and additional relatives and friends.

Allen will be remembered by family and friends as a loving father, brother, and friend. He loved nothing more than to start his weekend out on the lake fishing with anyone willing to go. We like to think that he has, at last, found a honey-hole in which to drop a line that beats even his best spots on Bayou Black.

In lieu of flowers or donations, we ask that you take a moment to hug your child, grandchild, friend or go for a walk for a moment. Time waits for no one.